I don't often talk about tv shows on the blog, but at the beginning of this season I did a roundup of the new shows I was interested in. And now I'm coming back to talk about the freshman shows I'm still watching.

New Girl (FOX)
I wasn't loving this show at first. I'm a Zooey Deschanel fan, but not a big enough fan to watch the show just because she's in it. After the first couple of episodes I was a little ambivalent about it, but this has grown fairly quickly to be one of my favorite sitcoms. It's not "The Zooey Show," but more of an ensemble and the cast/characters work so well together. Like everyone else, I find Schmidt hilarious; he's definitely the breakout character of the show -- but I also really like the other characters and their interactions. It's just so funny and so, adorkable (yeah, I said it). I haven't heard yet if it's going to get a second season pickup, but I'd be shocked if it didn't. (Also, sidenote? This is the only FOX show I watch.)

Up All Night (NBC)
With a few exceptions, I tend to really love NBC's comedies. And this is one of the exceptions. I know a lot of people really love it and I'll admit that I'll end up watching it while I'm doing other things, but it's not a show I look forward to or feel the need to keep up with. I'm very eh about it (but I do love Reagan and Chris together). 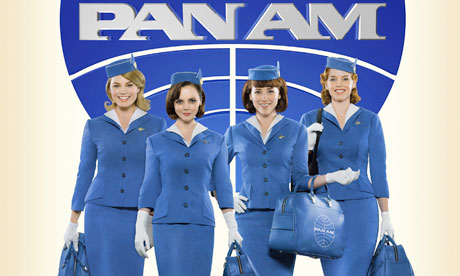 Pan Am (ABC)
This show started out so good. I loved the pilot episode -- so atmospheric and it set up the time period and the "glamor" really well. Unfortunately the show didn't do so good in the ratings and (I don't know if these things are related or not), it was like they threw more and more stuff at it trying to give it more appeal and the whole thing just fell apart. I was really hoping for more of a focus on the "jet age" aspect of it and that didn't really pan out. Instead, the show went to various weird places (not geographically, I mean in the storytelling direction) and what kept me watching was the character of Colette. The first season is over now and I doubt it'll get picked up for a second season.

Free Agents (NBC)
I really liked this show but I must have been the only one because it got cancelled pretty much right away. Bummer, that.
Posted by Jordyn at 12:01 AM

Email ThisBlogThis!Share to TwitterShare to FacebookShare to Pinterest
Labels: tv