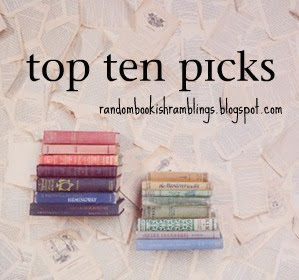 I attempted to put this list in order like I've done with previous lists, but it's so difficult! You can think of it as being in order if you want, or you can just assume that after the first one (or two) it doesn't really matter because they're all amazing. 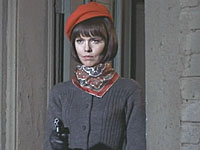 Greatest character ever. And, well, I tried to write something about how and why she's so absolutely incredible, but nothing happened I think I just sat here at the keyboard typing best ever best ever best ever like ten times. BEST EVER. OH BUT ALSO UM UM I HATED THE ANNE HATHAWAY VERSION BECAUSE WAY TO COMPLETELY CHANGE THE BEST CHARACTER EVER SERIOUSLY NOW, PEOPLE WHAT WERE YOU THINKING?
2. Maxwell Smart
Get Smart

OH GOODNESS. The shoe phone, his insistence on using the Cone of Silence, the obliviousness that is trademark, how he's clumsy and bumbling and a brilliant spy at the same time? Maxwell Smart is just the best. I mean, HE HAS AN INVISIBLE WALL IN HIS APARTMENT AND HE SLEEPS IN A SUIT AND AND AND... there are no ands. His best friend is a ROBOT. He's a well-known secret agent, how is that not an amazing contradiction in terms? Also, the Craw. Also, Harry Hoo. Also also also, people routinely throw grenades into his apartment and people always show up and then die because they've been poisoned and he just goes about his routine like la-di-da, just another day in the life! Because that's the kind of character he is.
3. Captain Kirk
Star Trek

Do I really need an explanation for this one? I mean, what's cooler than flying through space and fighting aliens? (The only acceptable answer here is either: "fighting KAOS, obviously," or "nothing, der.") You guys, there is LITERALLY a motivation poster of Captain Kirk with the caption, I can't hear you over the sound of how awesome I am. So yeah. I'm pretty sure "Kirk" is one of the synonyms of "awesome." That seems legit, right?
4. Frankie Landau-Banks
The Disreputable History of Frankie Landau-Banks

Um, can I be as amazing as Frankie, please? She's the ultimate I-want-to-be-her YA girl. And not because she has such great adventures, or because there are guys fighting over her, but because she is just so incredible. The pranks, the Wodehouse, the secret society stuff, and thinking about feminism without going to the extreme on any one side. She's just awesome. Can we all agree that Frankie grows up and becomes a spy? Because, OMG YOU GUYS, Frankie is just like a younger Agent 99!! This is SOLID GOLD FACT. Frankie = 99. YES.
5. Spencer Martin
the Scarlett series

Honestly it's sad if I even have to explain this one to YA fans. Spencer Martin is everything that's right with humerous, contemporary YA. The awesomeness of his character starts on the very first page of SUITE SCARLETT and then never lets up. He's a loving brother, a struggling-but-determined actor, and he makes fun of people named Chip because seriously who names their kid that? But more importantly? HE'S HILARIOUS AND GREAT and [number one] it's nice to have a lovely and funny brother-sister relationship at the forefront of a story and, [number two] a book of just ALL SPENCER ALL THE TIME would be great, actually. There doesn't eve need to be a plot or anything. (And just wondering, but does he remind anyone else of the Spencer from iCarly?)
6. Peeta Mellark
The Hunger Games trilogy

Peeta Mellark is, without a doubt, the best part of The Hunger Games trilogy. Even when he's thrown into a ruthless pit of death (the arena), he's still loyal and loving and protective and MY GOODNESS, YOU GUYS, HE'S JUST SO SELFLESS. He is a symbol of hope and love. LITERALLY THAT IS WHAT HIS CHARACTER IS and how can you not love that? Peeta is steady and reliable and incredible throughout all three books and this, when everything else is messed-up and disturbing, is the best thing ever.
7. Topher Brink
Dollhouse

Topher Brink is like Spencer Martin if Spencer Martin were a genius scientist working for an evil corporation instead of a recently-famous actor. In other, more succinct words: Topher Brink is amazing. He's the brains behind the mind-wipe and personality-implanting technology in that creepyweird show, Dollhouse. He's smart and hilarious and creates havoc and cracks jokes and seems to have no morals until suddenly he does and then it just gets better and better and better until he goes completely nutter because that's what happens when you bring about the end of civilization, apparently. BUT OH GOODNESS HE IS JUST SO GREAT I JUST LOVE HIM SO MUCH AND I WON'T SPOIL THE ENDING FOR YOU BUT OMG OMG OMG OMG.
8. Diana Holland
Luxe series

Excuse me for saying this, but Diana Holland is boss. And I don't even use the word boss like that, but she so is. I love her so much that I'm willing to overlook the tremendous mistake she made at the end of SPLENDOR and allow her to have her rightful place on this list. She's a society girl who doesn't like the rules, who breaks them at every turn, who has her own inner fire and spunk and remains true to it. She's incredible and it was worth reading the Luxe series just for her journey... (though I still can't get over the ending, and I never will.)
9. Serafina
serafina67

While a lot of the other female characters on this list are ones I want to be more like, Serafina is the one I actually am like. It's a testament to something, I'm sure, that both friends I've given the book to commented on how much the spastic writing reminds them of me. But it's more than that. Serafina's a little insecure, more than a bit on the crazy side, and is emotional in the same way that I am. Her insane blogging is the kind of stuff that goes on inside my head (and on my Twitter) every. single. day., and for this I love her.
10. Charlie Pace
Lost

Uhhh, last night I finished season three of LOST. It was epic sad and I don't know why my favorite characters are always killed off, but Charlie is... well, bloody brilliant. From heroin-addict/rockstar, to one of the first people kidnapped by the Others, to baby-snatcher, to hero, he's pretty much consistently been the best part of the show. He has a lot of heart and as much as I love this show I'm not quite sure how the rest of the seasons are going to be without him on the island.
Posted by Jordyn at 12:01 AM